Stations of the Cross Roadshow 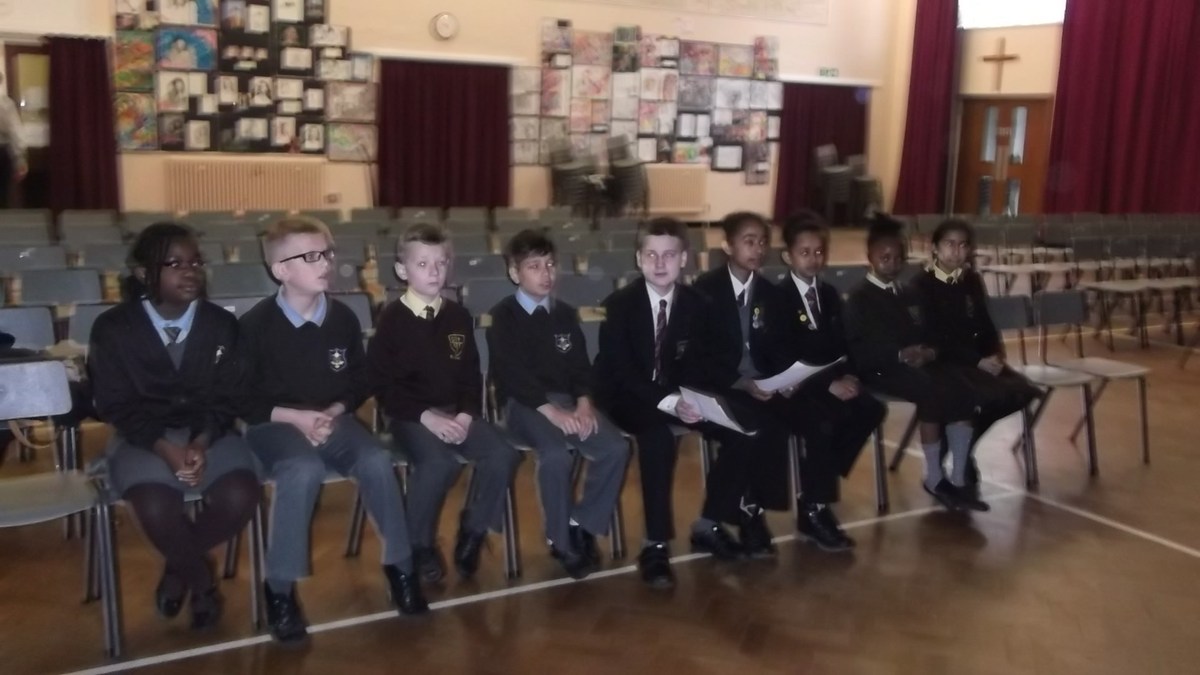 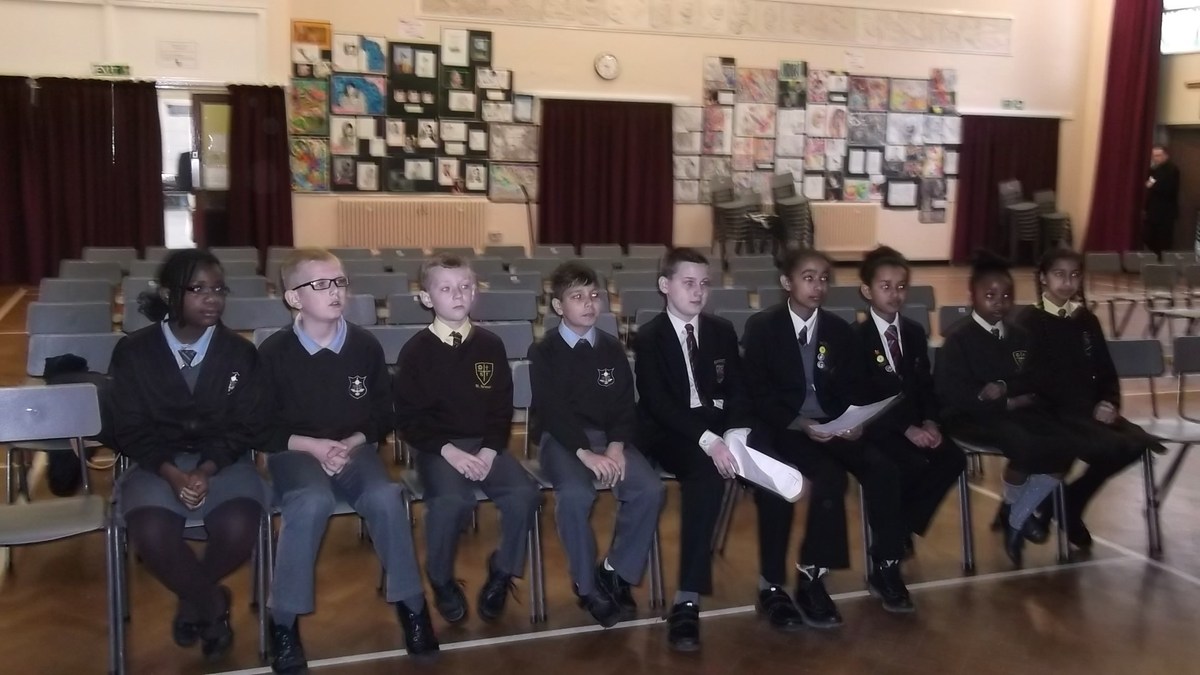 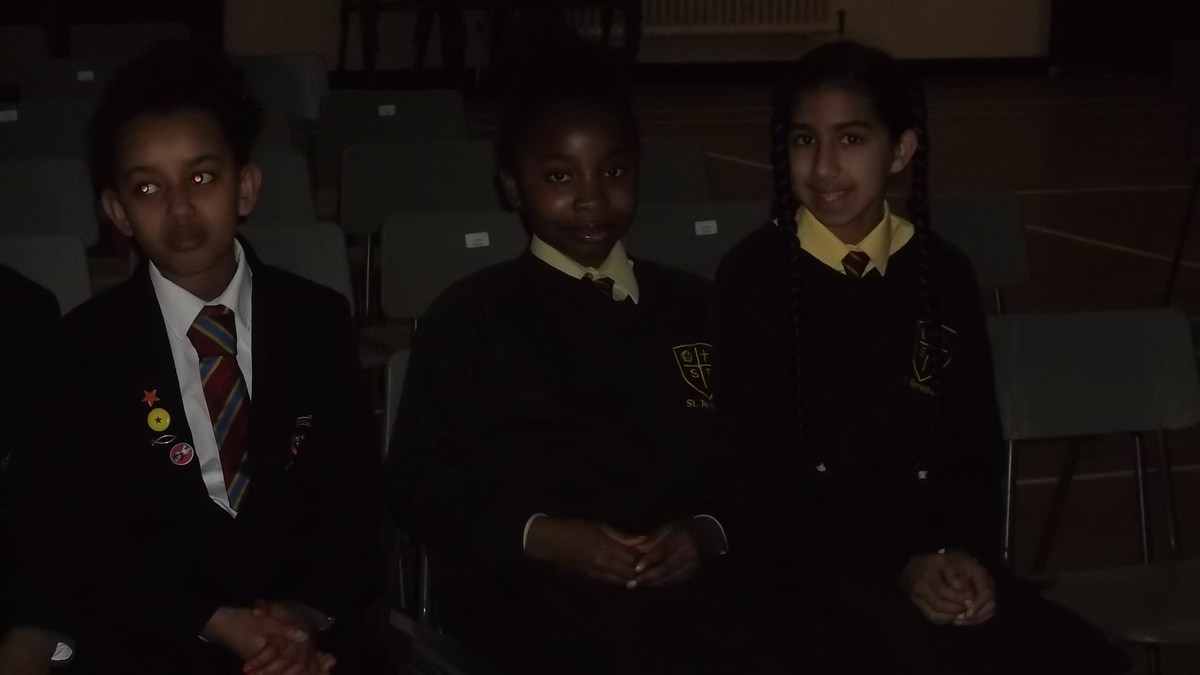 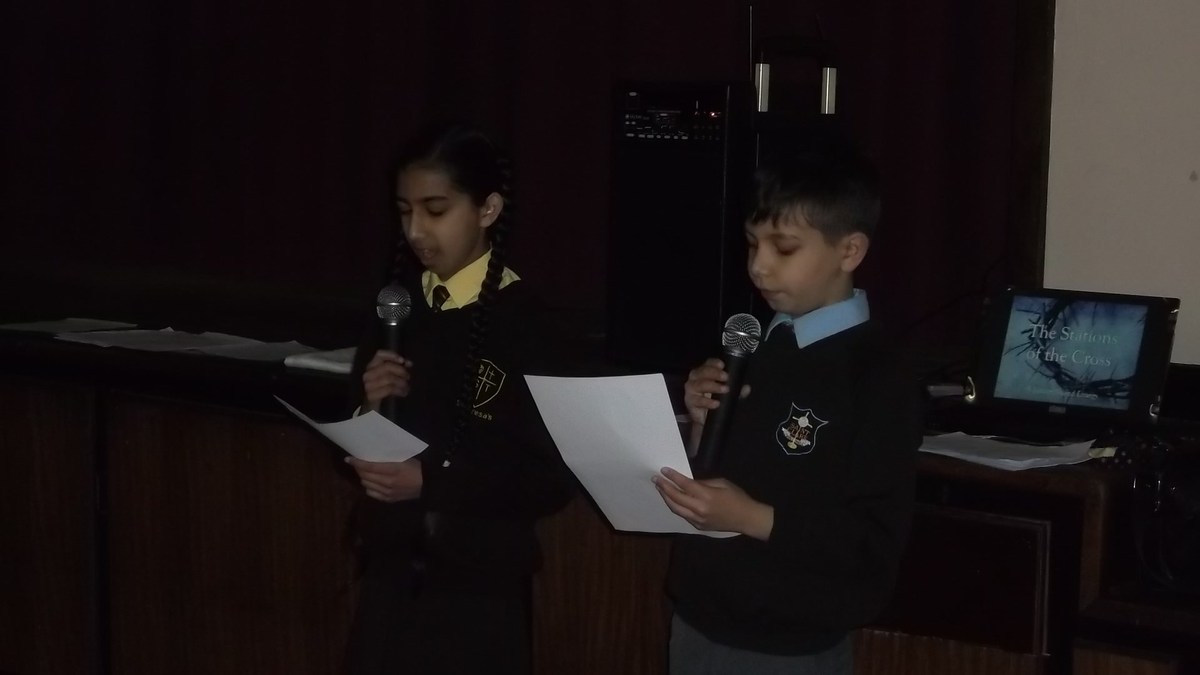 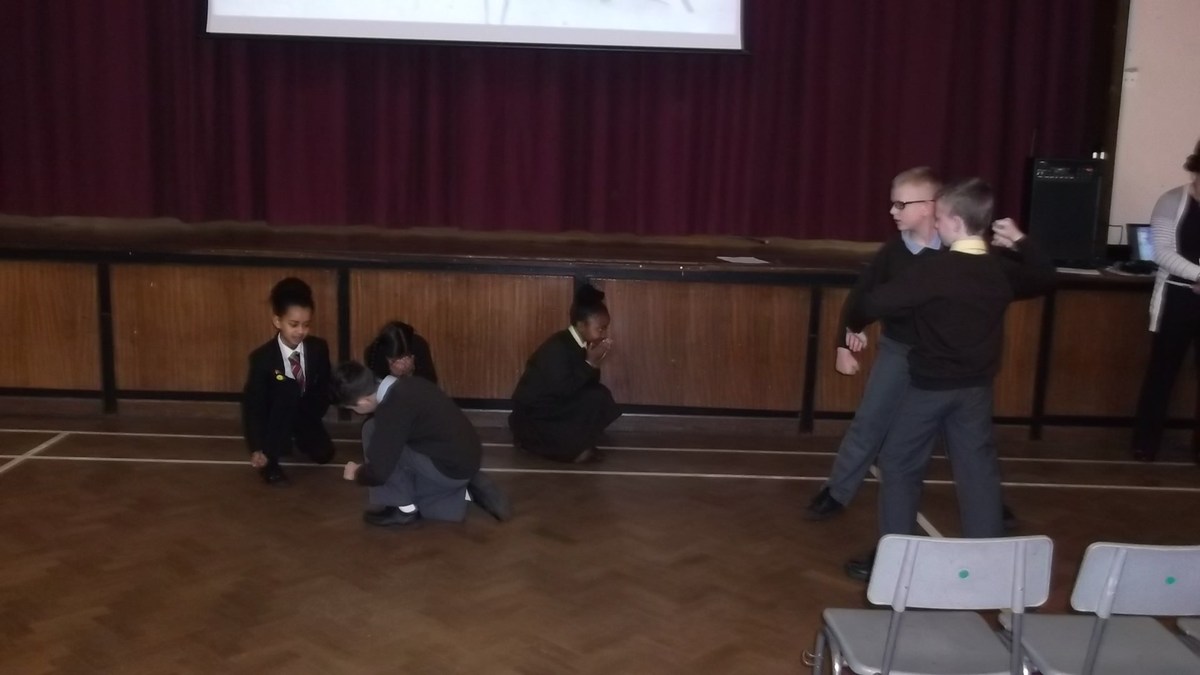 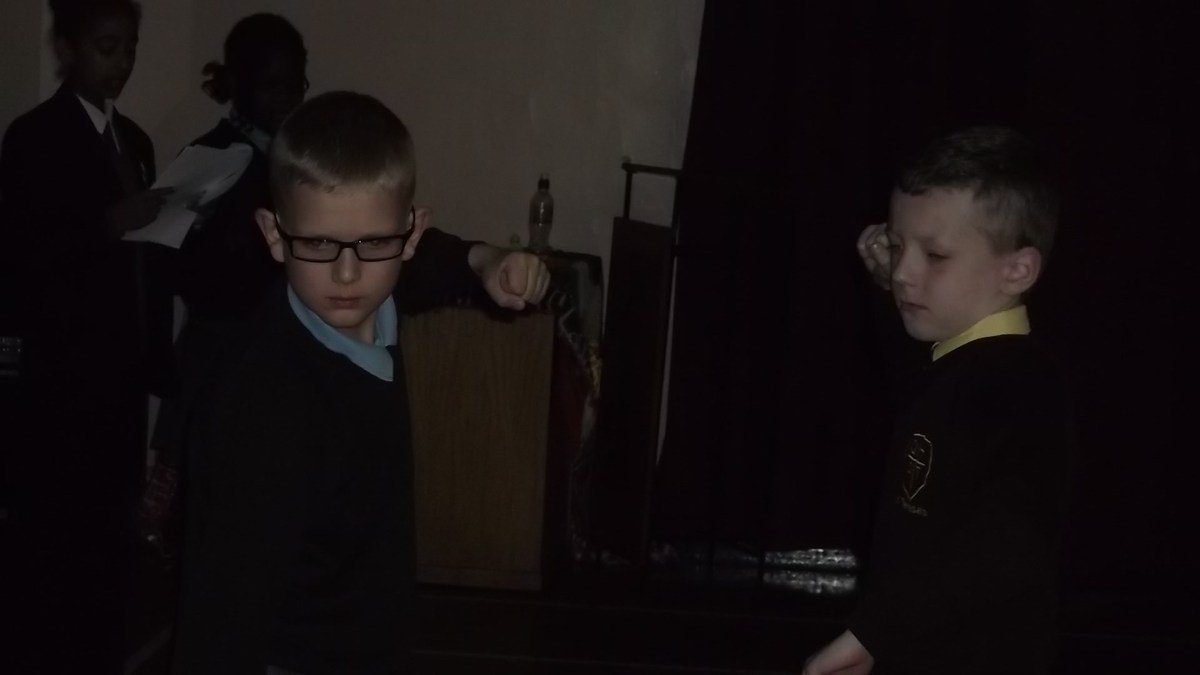 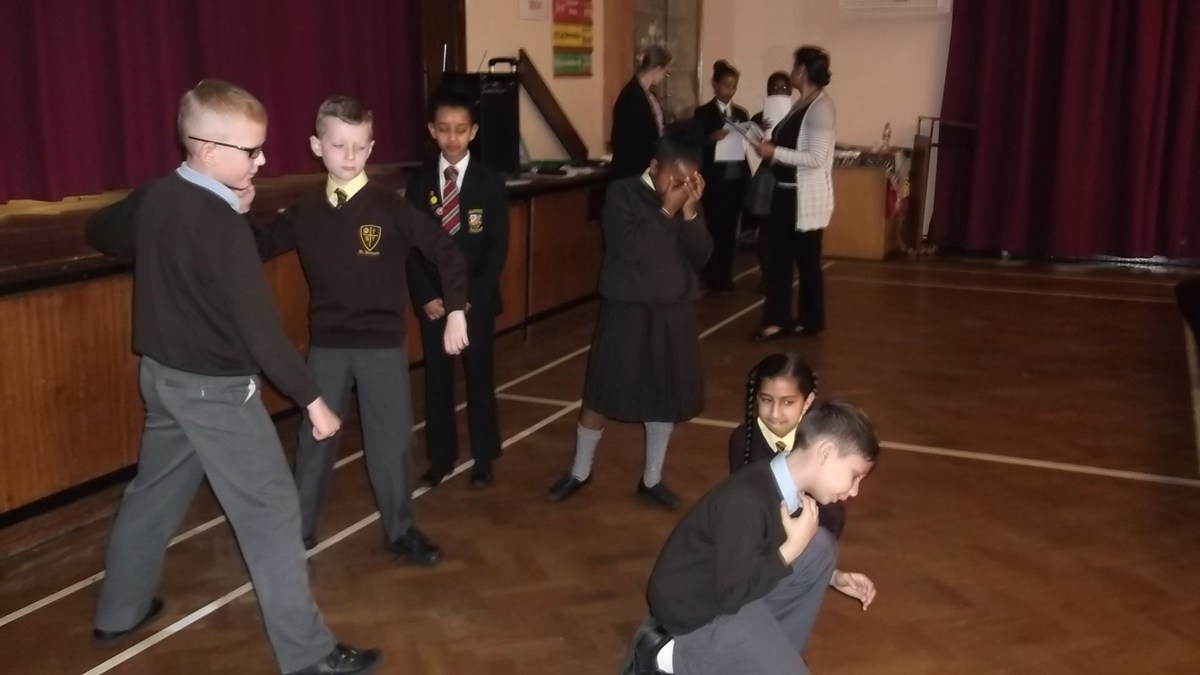 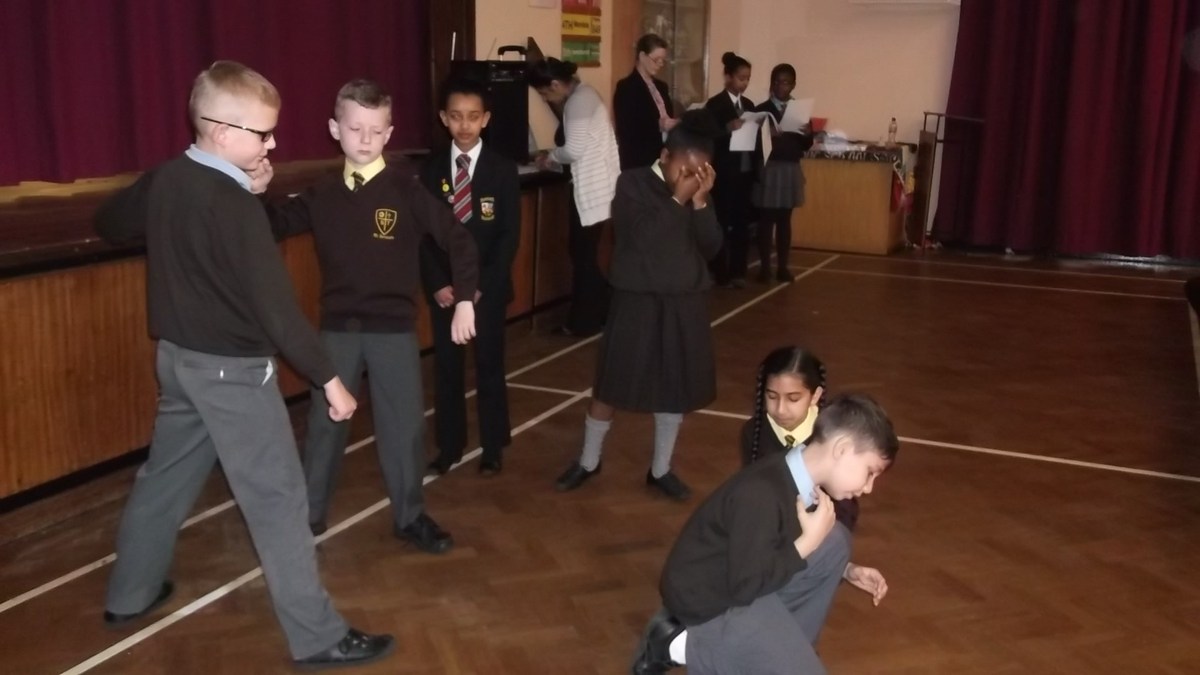 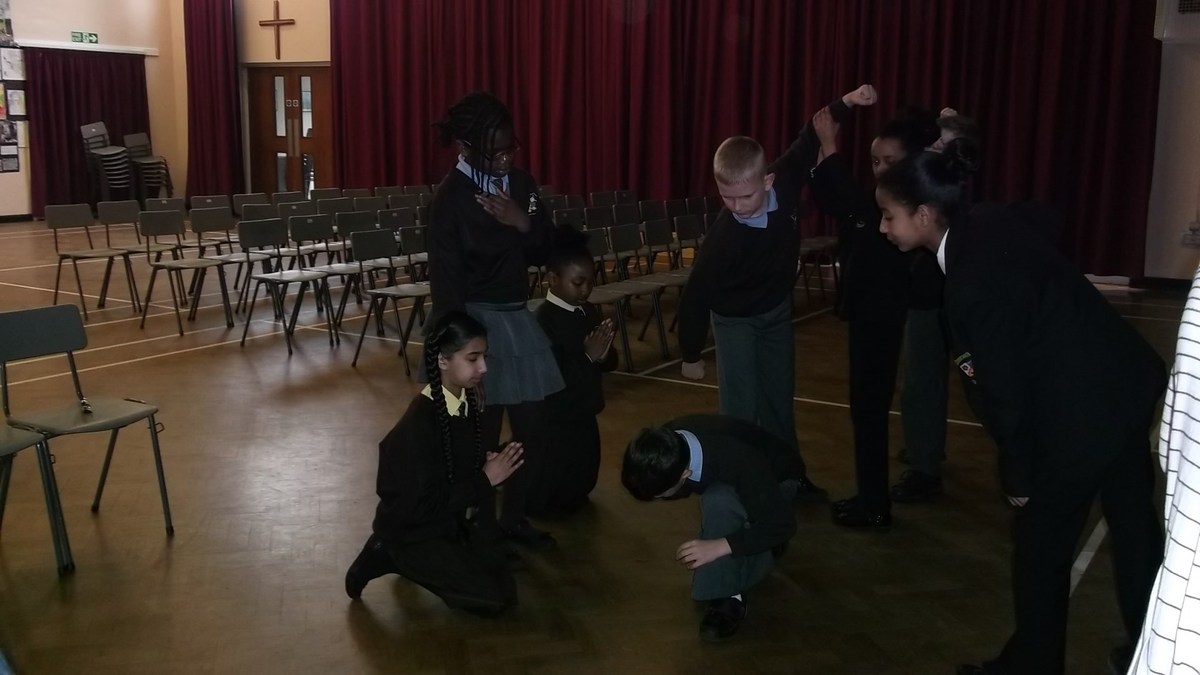 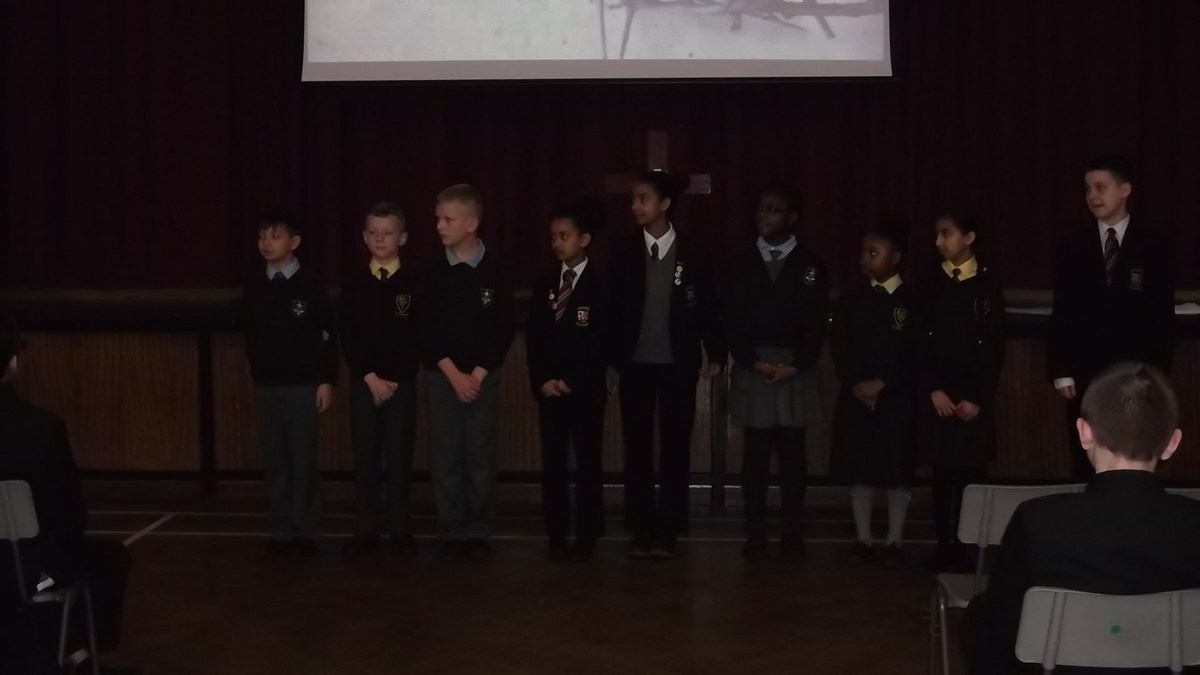 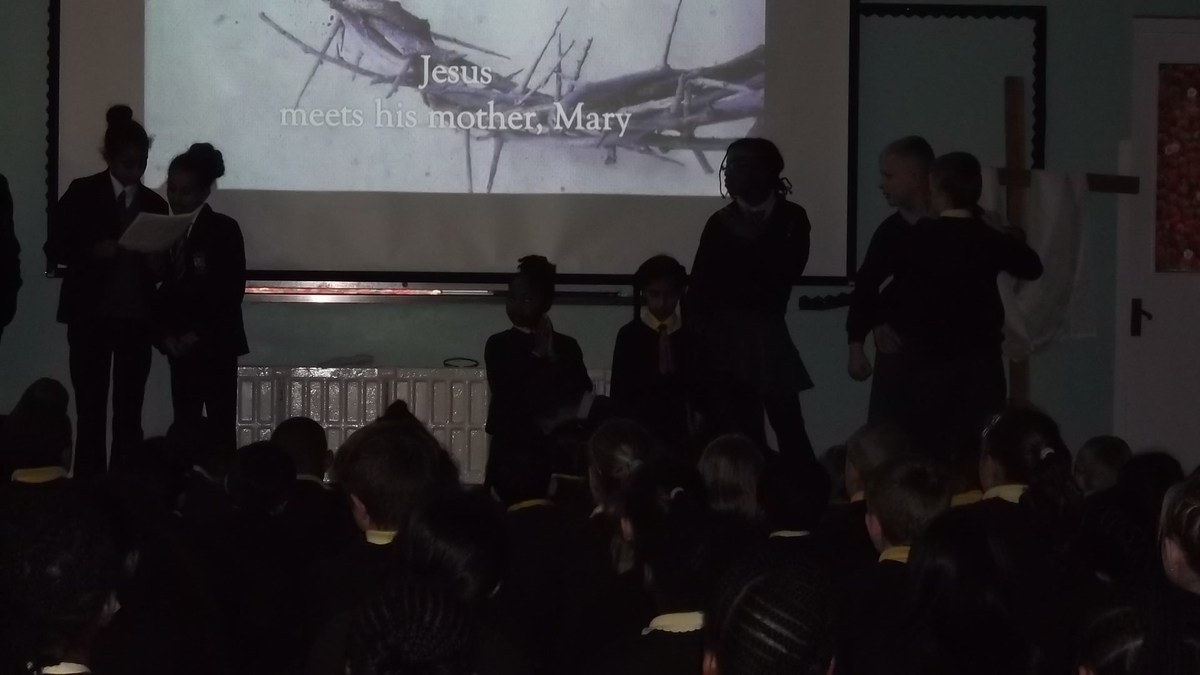 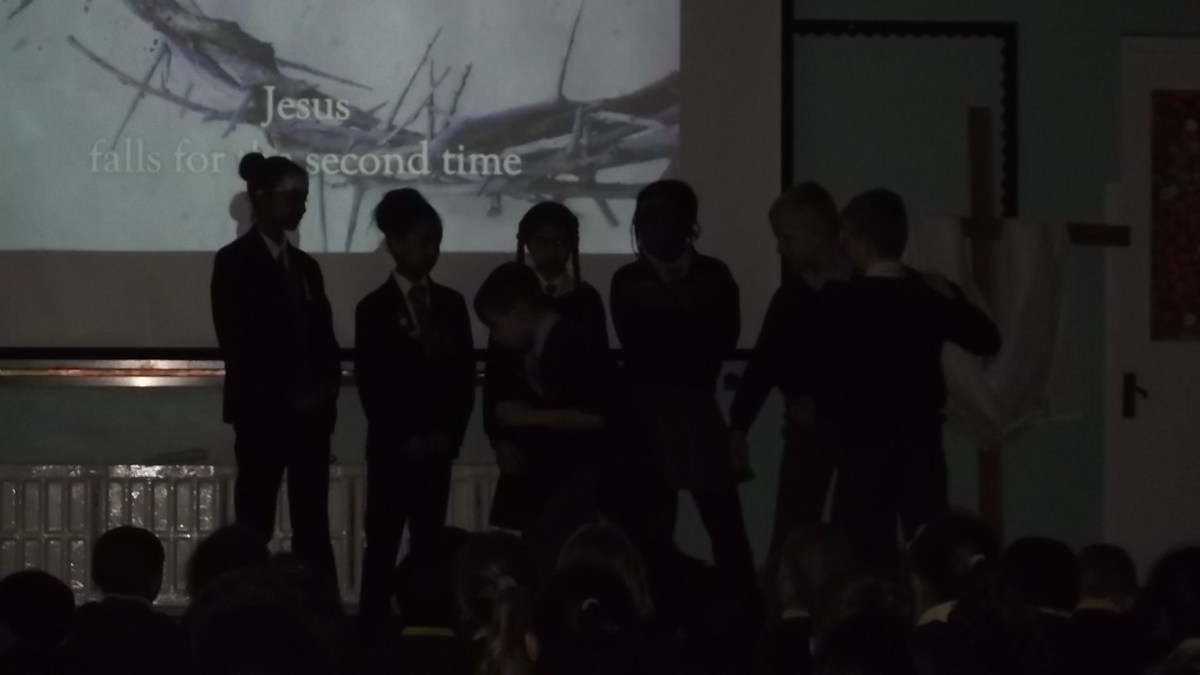 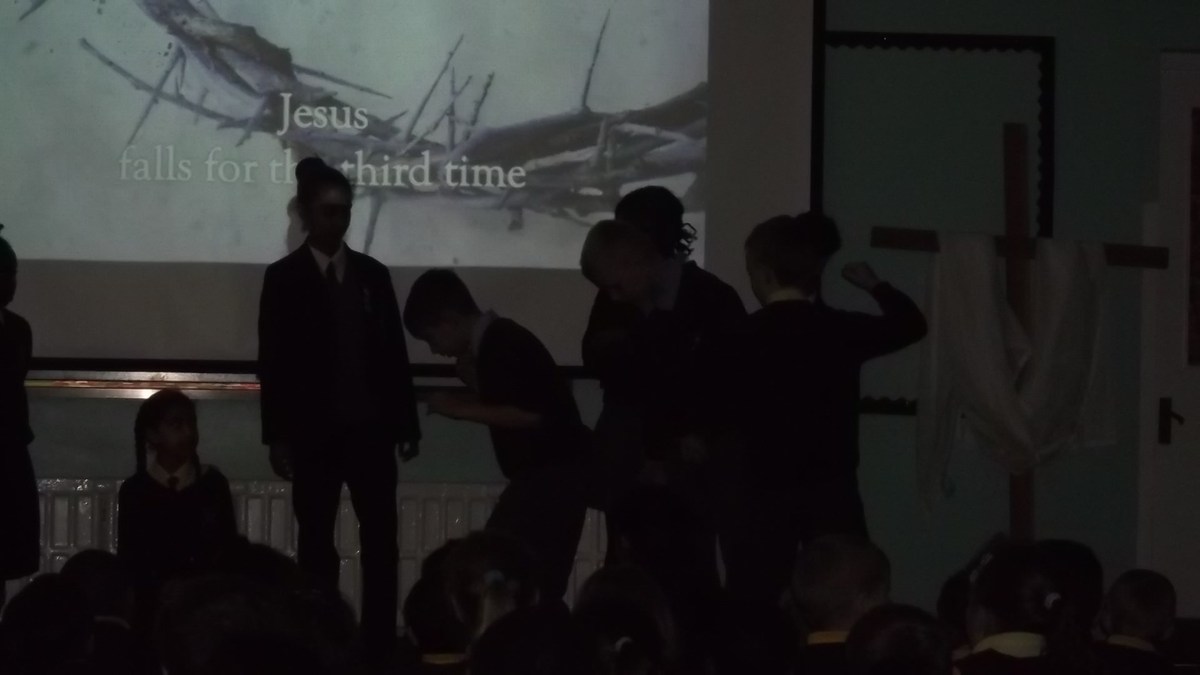 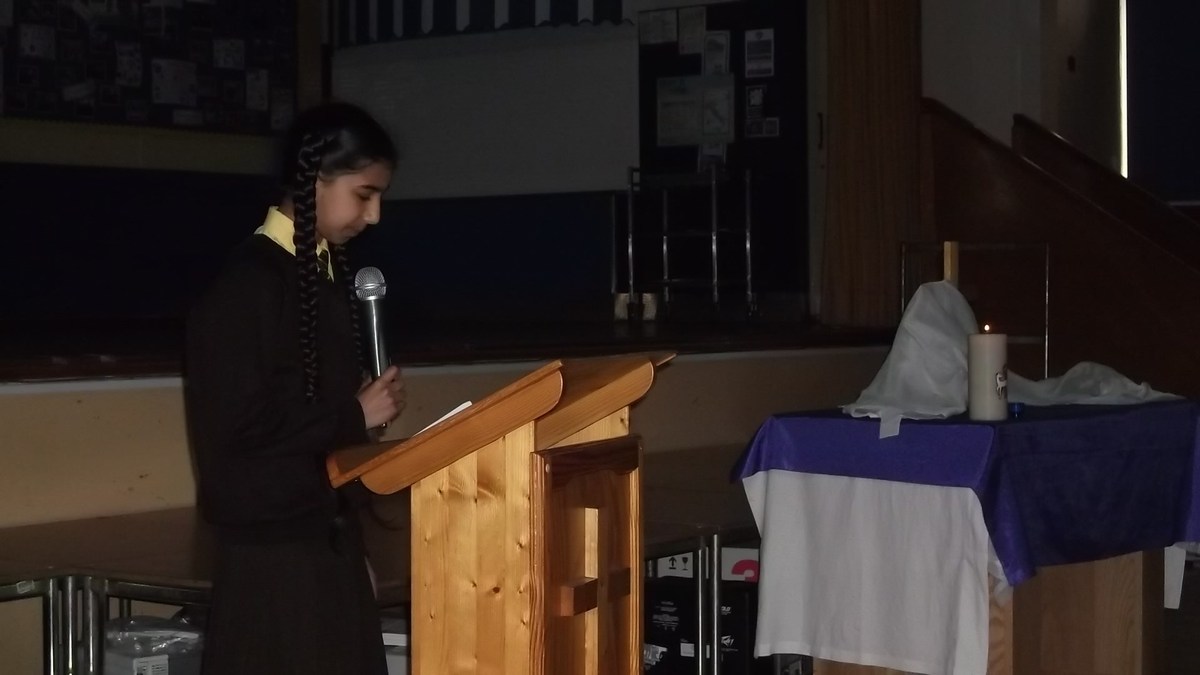 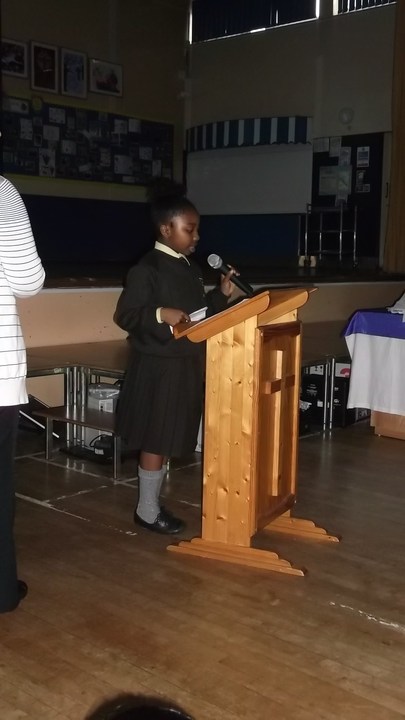 This week as part of holy week, some of St Teresa’s Year 5 children (Ambrose, Ree’al and Amrit) took part in the Stations of the Cross show.

The children visited Saint John Wall (SJW) Catholic School where they united with students from SJW and from neighbouring St Clare Catholic School. The children from all three schools collaborated in respect of the holy week and attempted to create a performance that reflected the last days of the Jesus’s life.

This was a challenging task for all children involved as it involved little time to prepare as group (25 minutes), however they did exceptionally well. They began their first performance at SJW in front of a class of year 8 students, who were very impressed by the children and were amazed to find out that these performers were only 9-10 years old.

The young team of performers then made their way to our school St Teresa’s to perform in front of their friends and teachers. They delivered an immaculate recital; they were concise, clear and shone with confidence. They undoubtedly and produced a praiseworthy performance.

Finally the talented team visited St Clare’s Catholic school where they delivered their final flawless performance. All three schools were extremely proud of all the participants; they presented themselves impeccably, working together as a team subsequently producing 3 outstanding performances amongst 3 different audiences, which is commendable task. It is fair to say that all of the children represented themselves and their schools well, well done.